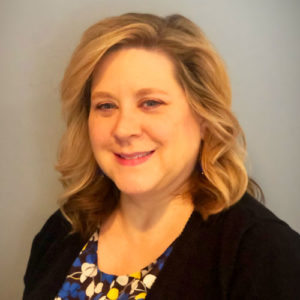 RESEARCH TRIANGLE, NC, September 24, 2019 – IEM—a tech-enabled global leader in homeland security and disaster management consulting—announced the addition of Stephanie Tennyson as Chief Communications Director.  In this capacity, she will provide strategic direction and oversight for the company’s external and internal communications.

“Stephanie brings to IEM expertise in the full spectrum of external affairs – communications, Congressional relations, and intergovernmental engagement – with over 20 years of experience serving in government, private sector and non-profit roles, including at the executive management level,” said IEM President and CEO Madhu Beriwal.  “We are excited to have her at IEM given the innovative communications and outreach efforts she directed for FEMA and DHS.  Having worked in the federal government and directly with state, local, tribal, and territorial partners, Stephanie understands and values our clients.”

As IEM’s Chief Communications Director, Tennyson will be responsible for driving the development and implementation of the company’s communications activities to ensure alignment on internal and external strategies, executing effective media relations and digital engagement programs, and serving as the chief spokesperson for the company. In this role, she will work with the executive team to advance IEM’s mission and maximize the company’s impact.

“I am delighted to be joining the company as the Chief Communications Director,” said Tennyson. “IEM is a company I have long admired for their innovative, client-focused work and thought leadership in homeland security and emergency management. I look forward to serving in this important capacity and working with our team to further IEM’s mission to build a safe, secure and resilient world.”

Tennyson has served in roles across the public, private, and non-profit sectors, including leading external affairs efforts for national-level disasters. Most recently, Tennyson served as the Washington, D.C.-based Government Affairs Lead for One Concern, a Silicon Valley artificial intelligence and machine learning resilience company.  Prior to that, she served as the career senior executive Deputy Director of External Affairs at the Federal Emergency Management Agency (FEMA).  In that role, she managed the day-to-day operations of FEMA’s public affairs and strategic communications, congressional affairs, intergovernmental and private sector engagement, and the Ready.gov campaign. Tennyson also served as the Acting Director of External Affairs during the recovery from Hurricane Sandy in January 2013 until June 2013, and then again during the 2017 presidential transition from January 2017 until August 2017.

Prior to her service at FEMA, Tennyson served as the Deputy Assistant Secretary of Intergovernmental Affairs at the U.S. Department of Homeland Security (DHS), and served as Acting IGA Assistant Secretary during the 2009 presidential transition.  Earlier in her career, she worked in external affairs in DHS’s Science and Technology Directorate. Tennyson began her career in public policy and communications at a non-profit focused on science and technology and national security policy. She graduated from the Executive Leaders Program at the Naval Postgraduate School’s Center for Homeland Defense and Security, holds a bachelor’s degree from Washington College, and completed graduate work at Virginia Tech.  She will be based in IEM’s Arlington, VA office.