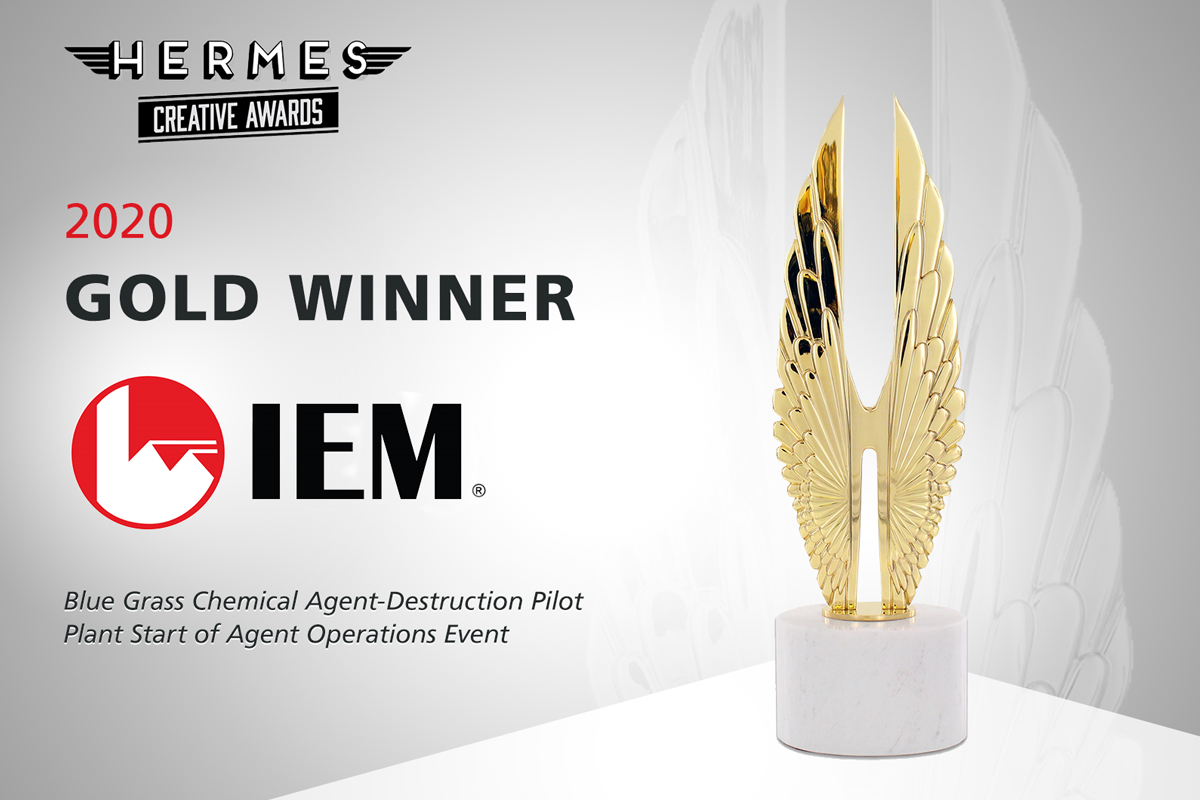 IEM was recognized for outstanding public affairs products in the 2020 Hermes Creative Awards international competition for creative professionals. These products were developed by IEM’s team of talented communication specialists and graphic designers who support the Program Executive Office (PEO), Assembled Chemical Weapons Alternatives’ (ACWA) public affairs office. IEM has provided public outreach and involvement support services to PEO ACWA for nearly a decade. As part of IEM’s mission is to build a safe, secure and resilient world, our team has helped PEO ACWA communicate their important mission of eliminating the remaining U.S. chemical weapons stockpile, making the world safer for all mankind.

The IEM Team’s effort was recognized in two categories:

On May 29, 2019, Senate Majority Leader Mitch McConnell (R-Ky.) and former Governor Matt Bevin (R-Ky.), along with hundreds of stakeholders, attended the BGCAPP SAO public ceremony at the Armed Forces Reserve Center in Richmond, Kentucky. The event was held to mark the full-scale start of chemical weapons destruction operations at the Blue Grass Army Depot (BGAD) in Kentucky. The depot stores one of two remaining chemical weapons stockpiles in the United States.

Planning and support of this special ceremony took many months and was a team effort by IEM and A. Bright Idea (subcontractors to Leidos on the PEO ACWA contract), as well as PEO ACWA and its partners at the Blue Grass Chemical Activity and BGAD. The IEM team in Kentucky is led by Communications Manager Sarah Marko, who was supported by Susan Kahler, Siobhan Adkins, Jared Holt and Timothy Burke. Additional IEM support was provided by Project Manager David Ortiviz, as well as Amanda Conner, Joe Lopez, Ron Eccher, John Cummins, Christina Kennedy, Hector Colon, and Lindsay Boyle. Additional support was provided by Brian Foy with A. Bright Idea. A special thanks is given to Siobhan Adkins, who managed the overall event, from start to finish. 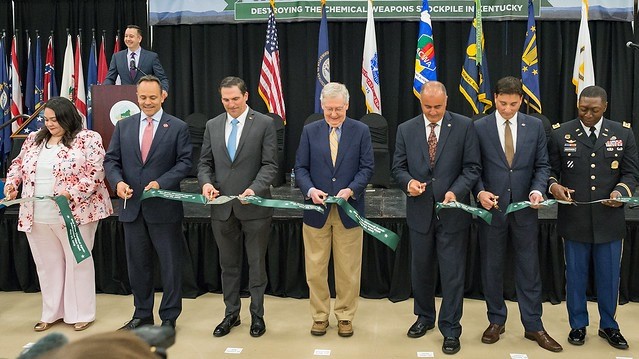 “This was an unbelievable event,” said Abu Talib, IEM’s Director of Defense Programs. “Congratulations to our entire team for providing exceptional support and products for this significant milestone in the history of the U.S. Army’s chemical demilitarization program.”

The Hermes Creative Awards competition, based in Dallas, Texas, is administered and judged by the Association of Marketing and Communication Professionals (AMCP). The AMCP was founded in 1995 by communication professionals to honor outstanding achievement and service to the communication profession. Entries for the competition are submitted by corporate marketing and communication departments, advertising agencies, public relations firms, design shops, production companies, and freelancers. ACMP’s membership consists of several thousand individuals and organizations.

IEM also received an honorable mention in the awards competition for a video of the event.