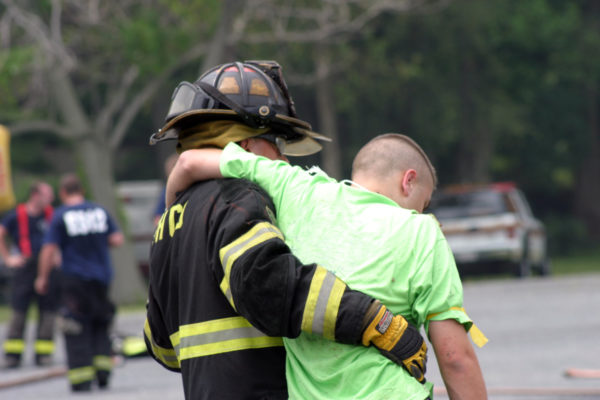 This IEM blog is a summary of the U.S. House of Representatives Committee on Homeland Security’s Emergency Preparedness Response and Recovery Subcommittee Hearing on “UNDERSTANDING THE IMPORTANCE OF DHS PREPAREDNESS GRANTS: PERSPECTIVES FROM THE FIELD” that took place on Thursday, January 9, 2020.

The Emergency Preparedness Response Subcommittee of the House’s Committee on Homeland Security convened last Thursday to hear from four members of the emergency management community regarding the importance of the Department of Homeland Security’s (DHS) preparedness grants.

In prepared remarks, House Homeland Chairman Bennie Thompson (MS-2) said, “Unfortunately, President Trump’s Fiscal Year 2018, 2019, and 2020 proposed budgets recommended cutting existing preparedness grant funding by nearly a billion and a half dollars in total. Though Congress has continually rebuked these proposed cuts, I am concerned the Administration will once again propose cuts for FY 2021. Such cuts would hinder jurisdictions from building and maintaining important capabilities communities rely on to keep America secure.”

Chairman Donald Payne (NJ-10) opened the hearing noting that “DHS preparedness grants were established to address gaps by helping state, local, tribal, and territorial governments enhance their ability to prepare for, respond to, recover from, and mitigate against terrorist attacks. As the representative for New Jersey’s 10th Congressional District, [he understands] the importance of these grants programs. … This in addition to having a dense area of industrial facilities and being in close proximity to New York City, the Newark-Jersey City area has consistently been considered one of the highest-risk urban areas in the nation and has been referred to as the most dangerous two miles in America.”

Chariman Payne then asked the witnesses to share how their communities have benefited from DHS grant programs such as State Homeland Security Grant Program (SHSGP) and Urban Area Security Imitative (UASI).

The four witnesses were:

Each testified on the needs of their communities, the preparedness efforts that DHS grants support, and the threats they face.

Director Sprayberry touched on the hurricanes, tropical storms, and flooding that have devastated North Carolina in recent years. He noted that recent reductions in the grant program has stymied their ability to “fund significant new initiatives to improve our preparedness. Meanwhile, the threats and risks have evolved and have significantly reduced the funding to maintain existing capabilities. For a state with a rapidly growing population, an increase of critical infrastructure, and associated increases in threats and risks, this funding reduction has negatively impacted our ability to protect our state and to contribute to the larger national preparedness.”

Director Masters, whose company works to protect the Jewish community, spoke on the rise of anti-Semitism in the United States. He commented that the Nonprofit Security Grant Program (NSGP) has made his community more safe and secure, protected more communities outside of major jurisdictions, and funded training that saves lives.”

Commissioner Miller explained that New York City is constantly under threat from both domestic and international terror attacks. He noted that “The NYPD heavily relies on federal funding to strengthen our counterterrorism, intelligence, and emergency preparedness capabilities, including the security of critical transportation and port infrastructure. … While in recent years the funding has remained relatively steady year-to-year, the City received $26 million less in FY2018 than in FY2008.”

All four also shared their concerns on the recent decreases in DHS grant funding for their jurisdictions. Charlotte, NC did not receive any UASI funding in 2019. Jersey City and New York City both saw significant decreases in DHS grant funding from 2018 to 2019. However, the hearing did not evolve into a competition for funding among jurisdictions rather a request to increase the overall grant budget.

During the question and answer period, Representative Dan Bishop (NC-9) showed great concern about the risk assessment methodology that led to Charlotte, NC losing UASI funding. Multiple representatives shared this concern and spoke on the issue of how grants are allocated to each jurisdiction. Representative Lauren Underwood (IL-14) focused on the significance of outreach and engagement from the Department and the States to suburban and rural communities. Rep. Underwood explained that many Americans do not know about the programs and services available to them.

A general consensus arose that as the country’s need for emergency preparation has grown and that the federal budget has not grown accordingly. The witnesses present at the hearing expressed their hope to receive an increase in their DHS preparedness grant funding for FY2020.