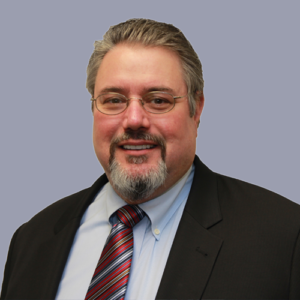 A graduate of the U.S. Military Academy at West Point and an Operation Desert Storm veteran, Lemcke’s military career includes having served the Army and National intelligence community in various command and staff positions. He has more than 30 years of experience with Department of Defense (DOD) and service-specific C4I systems, dating back to 1982 when he worked with the Distributed Command and Control System at the U.S. Army High Technology Test Bed.

Lemcke has been directly involved in the architecture and development of a wide range of technologies, from dispersion models to financial management systems. He was the primary architect of a simulation-based acquisition tool suite for a $2.7 billion federal program. Having saved the federal government hundreds of millions in resource requests, this tool suite received a Profiles in Innovation Product Impact Award in 2004 from the GOVSEC U.S. Law & READY! Advisory Board. Mr. Lemcke led the development of an atmospheric dispersion model that is one of only three certified by DOD for chemical and biological modeling and provided corporate leadership in the development of grant management software that is used by 79 organizations in 10 states and six federal offices used to manage an average annual budget of approximately $65 million.

He has led multiple independent tests of mission critical automation systems for the federal government, including an integrated product test for an $80-million-dollar lifecycle federal automation system used for command and control during disaster response. Representing the culmination of multiple years of system testing and evaluation, and involving federal, state, and local authorities across two states and several jurisdictions, this test ultimately prevented the government from further investments in a system that did not provide the desired return in public safety.

Lemcke has applied systems engineering approaches to policy-shaping technical analyses for defense, including analyses of vulnerabilities impacting U.S. force projection, the feasibility of sensor systems for detecting threats, and the effects of protective systems on public safety and security.

As COO, Lemcke provides leadership and strategic direction for all IEM business operations and for large, complex IEM projects. Most recently, he provided executive business management support for IEM’s execution of the State of New York’s $1 billion housing recovery program after Hurricane Sandy. Within two years, on behalf of the State of New York, IEM distributed $902 million to over 11,000 New York homeowners affected by Hurricane Sandy.

Lemcke holds a master’s degree in Environmental Science and a bachelor’s degree in Interdisciplinary Sciences.