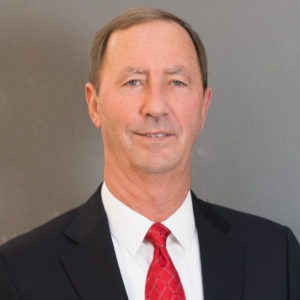 A seasoned leader and emergency management expert, Ken Gordon has more than 15 years of experience in program management, project management, and disaster planning, and has demonstrated success working in interagency, multi-jurisdictional, and international environments. Over the course of his career with the military and in private industry, he has provided effective leadership for teams as large as 200 people.

During his military career, Gordon developed plans for disaster response, support to civil authorities, and humanitarian assistance. He also managed the $210 million Commander’s Emergency Response Program. As Director of the G9 Civil-Military Affairs Directorate for the 82nd Airborne Division, Gordon deployed to New Orleans after Hurricanes Katrina and Rita to support the federal response to Hurricanes Katrina and Rita. He coordinated military response activities with multiple stakeholders at the federal, state, and local levels, and served as the principal advisor to the Chief of Staff on all matters concerning civil-military affairs, including operational planning.

While at L-3 Communications, Gordon served as the Chief of Plans, Training, and Advisory Mission for the U.S. Forces in Iraq for two years, developing and maintaining the U.S. Military’s strategic-level plan to equip and train the Iraqi Army, which included multi-billion-dollar resourcing requirements and training for tens of thousands of soldiers.