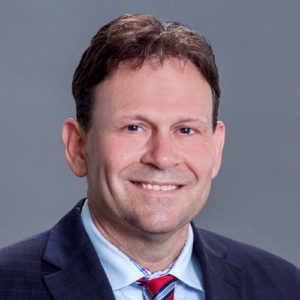 Jon Mabry, IEM’s Vice President of Disaster Recovery, is a certified internal auditor with almost 30 years of experience managing complex projects and large amounts of funding in both the private and public sectors. Mabry is a nationally recognized leader in the disaster recovery field, due to his success leading two major recovery programs—the post-Katrina recovery in Mississippi and post-Sandy housing recovery in the State of New York.

With virtually all of that money disbursed or being applied to specific projects, Mabry’s “management by the numbers” leadership and his emphasis on aggressive internal control standards and mechanisms has helped Mississippi’s hurricane recovery effort become a national model, recognized by HUD and other states for its remarkable efficiency.

With more than 40,000 homes either constructed, rehabilitated, or financed with these funds, and more than 200 public infrastructure projects completed, the state has disbursed more than $4.6 billion, with fraud levels almost nonexistent. Mabry successfully finished the Mississippi disaster recovery housing program with less than 1/10 of one percent margin of error.

Today, Mabry is overseeing the execution of the largest disaster housing recovery program in the United States. In Louisiana, Mabry is managing $1.3 billion in federal funds in support of the state’s “Restore Louisiana” homeowner assistance program. The program is breaking records in delivery, serving tens of thousands of survivors affected by the Great Floods of 2016, and providing funds for survivors faster than any other rebuilding program of this type and magnitude.

Previously, Mabry led IEM’s management of the Hurricane Sandy housing recovery program for the State of New York, known as New York Rising. This post-Sandy effort required operation of ten housing intake centers and more than 200 customer-service representatives throughout the New York counties impacted by the storms. Through New York Rising, IEM distributed nearly $1 billion in CDBG-DR funds to over 11,000 homeowners affected by Sandy. Despite taking over the program from a previous contractor and having to repair applicant files, under Mabry’s leadership, IEM completed New York Rising with an accuracy rate of 98.7 percent and helped the State of New York achieve substantial cost savings over the life of the recovery program. Mabry’s approach is now being applied for New Jersey’s Reconstruction, Rehabilitation, Elevation and Mitigation and Low-and-Moderate-Income Homeowners Rebuilding Programs, helping over 2,000 families complete their recovery from the storm.

Mabry previously worked as a director of internal audit and in business development roles at several Fortune 10 companies, at one point managing a $6 billion sales segment. His private sector career includes stints at Alltel and GTE, where he was a civilian contractor in charge of the President’s “red telephone” at the Pentagon. Prior to his public and private sector management experience, Mabry served four years in the U.S. Marine Corps.