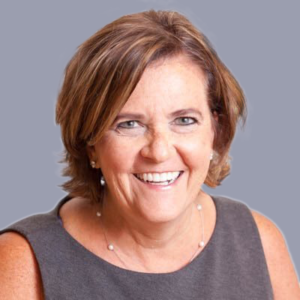 Elizabeth A. Zimmerman is an internationally recognized emergency manager with over 35 years of experience. As a leader in emergency management, Zimmerman has a passion to assist disaster survivors in times of crisis. Zimmerman received a Presidential appointment in 2009 to the Federal Emergency Management Agency (FEMA). Zimmerman administered all aspects of the agency’s response and recovery efforts and served as the highest ranking woman at the agency. During her tenure, she oversaw more than 930 disasters, emergencies and fire declarations, delivering over $6.5 billion to 1.7 million individuals and families and more than $27 billion in federal disaster assistance to state, local, tribal and non-profit groups. Zimmerman was also appointed as the Department of Homeland Security’s representative to the American Red Cross Cabinet Council and to committee leadership positions within the National Emergency Management Association (NEMA).

During her tenure at FEMA’s Office of Response and Recovery (ORR), Zimmerman held the dual titles of Associate Administrator and Director of Disaster Operations. Prior to that, she served as the Deputy Associate Administrator. While at FEMA, Zimmerman directed, coordinated, and synchronized the programs and day-to-day operations of FEMA’s Response, Recovery, Logistics and Field Operations Directorates, and the Office of Readiness and Assessment, including during major disaster and emergency activations.

Zimmerman championed the development, collaboration, publication, and implementation of the first-ever National Disaster Recovery Framework (NDRF), the Recovery Support Functions (RSF), and the Federal Disaster Recovery Coordinators (FDRC) to provide states, territories, tribal nations and local communities, with guidance and access to efficient, effective disaster recovery resources. The success of this framework can be seen in many jurisdictions following disasters with their holistic, outcome driven recovery – a whole of community effort.  The NDRF is internationally recognized as the gold standard recovery framework.  Zimmerman has support several nations around the world to develop their recovery frameworks, including Japan, Austraila, Slovakia, and Lebanon.

She also directed one of the most significant changes to FEMA’s statutory authorities in the agency’s history through the development, coordination, and implementation of the Sandy Recovery Improvement Act (SRIA).  This effort resulted in the re-engineering of FEMA’s Individual Assistance (IA) and Public Assistance (PA) programs to streamline the delivery of IA and PA support and improve IA and PA payment processes.

As a FEMA leader, she collaborated very closely with the Flood Insurance and Mitigation Assistance leadership to ensure communities impacted by disaster received the full benefit of the FEMA grants and maximize for building resilience. The key to effective support to states, territories, tribes, and locals during and after a disaster is to understand their uniqueness. Knowing this, Zimmerman took the time to meet on their ground to see disaster impacts first-hand. She has traveled to all U.S. states and territories.

A hallmark of Zimmerman’s work at FEMA was her effort to support employees, particularly in encouraging and mentoring women in the field of emergency management. In early 2013, she designed and established FEMA’s quarterly Women’s Forum, helping employees learn more about distinguished women leaders from the public and private sectors. In 2014, she was inducted into the International Women in Homeland Security and Emergency Management Hall of Fame.

Under Zimmerman’s leadership, Zimmerman also implemented a mandatory disaster management training program for all Senior Executive Service (SES) employees. This training prepared SES employees to lead the federal government in response and recovery operations. Additionally, Zimmerman was responsible for the development and performance of some 9,000 employees supporting states, territories, local communities, and tribal nations in disaster response and recovery efforts.

Prior to her work at FEMA, Zimmerman held positions as the Assistant Director of Recovery and as the Disaster Recovery Manager at the State of Arizona’s Division of Emergency Management. While there, she directed and coordinated recovery operations as the Governor’s Authorized Representative (GAR) in nine major disaster declarations and 51 state disaster declarations. She was one of the nation’s first state recovery managers to take the lead for FEMA’s state-led disaster operations in the early 2000s. Due to the success, Arizona continued to “State-lead” all of their Presidential disaster declarations, saving hundreds of thousands of dollars.

Zimmerman was the HKNet Manager and Technical Recruiting Agent at Hall Kinon in Utah and Arizona prior to that, which followed a decade of varying positions with the State of Utah’s Division of Emergency Management. Positions held include Administration and Recovery Section Chief, Chemical Stockpile Emergency Preparedness Program (CSEPP) Section Chief, Liaison Coordination Section Manager, Emergency Preparedness Planner, and Public Assistance Officer. She began her emergency management career as a Public Assistance Officer and that has been her passion ever since.

Zimmerman holds a bachelor’s degree from Brigham Young University. She is a graduate of the Naval Postgraduate School’s Center for Homeland Defense and Security’s Executive Leader Program, and is certified in the Professional Development Series at the Emergency Management Institute.  Zimmerman also attended the Leadership Development Program at Arizona Government University.

Honors and awards received include: