Director of Response and Recovery 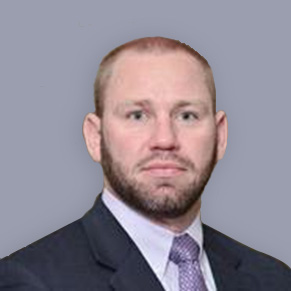 James is joining IEM as a Director of Response and Recovery. He brings over 13 years of experience across the disaster response and recovery spectrum with seven years in state government and six years in the private sector.

James started his career in Louisiana at the Governor’s Office of Homeland Security and Emergency Preparedness (GOHSEP) in 2007. During his tenure at the State, James progressed through several roles at the Agency. As the Executive Officer of the Disaster Recovery Division he served as the operations leader tasked to design and implement the organizational structure and business processes to administer a $12 billion recovery program with over 200 State employees and nearly 100 contract staff for the State of Louisiana. In addition to PA and HM programs, he led the administration of Community Disaster Loans, Individual Assistance and Direct Federal Assistance for the State.

Before leaving GOHSEP, James served as the Assistant Deputy Director of Grants and Administration where he managed the State’s management cost expenditures, leading a finance team administering $100 million per month in grant payments and serving as the Contract Manager for all disaster consulting contracts. In support of GOHSEP’s response mission, James was designated by the Governor as the Alternate State Coordinating Officer for four major disaster declarations, led the procurement team for emergency assistance, and served as the State Emergency Operations Center (SEOC) manager.

James joined Deloitte and Touché LLP as a Senior Manager in 2015 and led teams for the sale and delivery of numerous state and local disaster contracts including the State of Colorado, City of Houston, Commonwealth of Puerto Rico and State of Louisiana. Most recently, he was the Project Manager for three contracts with GOHSEP assisting Louisiana with Public Assistance Program administration from project formulation to closeout across nine declared events. He also oversaw a contract with the City of Houston for disaster program cash flow forecasting and modeling incorporating FEMA’s PA and HM programs as well as HUD’s CDBG-DR program.

In addition to his career as a disaster response and recovery professional, James is a proud husband and father, a veteran of the U.S. Army who served as a non-commissioned officer during Operation Enduring Freedom, and holds a Bachelor of Science in Construction Management from Louisiana State University. Geaux Tigers!