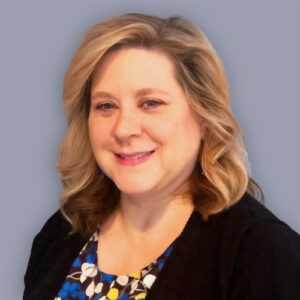 Prior to joining IEM,  Tennyson served as the Government Affairs Lead at One Concern, a Silicon Valley-based artificial intelligence (AI) and machine learning start-up focused on resilient communities beginning in December 2017. In this position, she directed and managed government engagement and created thought leader roles at the national, state and regional level to shape outcomes that supported One Concern’s mission and clients. She developed and maintained relationships with senior officials and staff within federal agencies, on Capitol Hill, in state, local, tribal and territorial (SLTT) governments, and their associations.

Prior to joining One Concern, Tennyson served as the career Senior Executive Deputy Director of the Federal Emergency Management Agency’s (FEMA) Office of External Affairs (OEA) from January 2013 until November 2017. OEA is FEMA’s centralized coordination and implementation office for public affairs, strategic and internal communications, congressional affairs, intergovernmental affairs, and private sector engagement, as well as the national, branded Ready.gov public safety marketing campaign. As OEA Deputy Directory, she served as a key advisor to the FEMA Administrator and senior FEMA leadership on the development of communication and outreach strategies and programs. Tennyson managed the administrative, day-to-day operations of the Office, overseeing budget and resource allocation, and program execution as well as training and development program for External Affairs staff agency-wide, including a headquarters staff of 90 and a yearly budget of over $14 million.

From March 2008 until January 2013, Tennyson served as the Deputy Assistant Secretary (DAS) for the Office of Intergovernmental Affairs (IGA) at the U.S. Department of Homeland Security (DHS) headquarters. As the DAS, she managed DHS’s IGA engagement with SLTT elected and appointed officials and their national associations on a wide range of issues including, intelligence and information sharing, DHS grants, tribal consultation and engagement, emergency management, science and technology policy, and immigration and border policies. Tennyson developed recommendations for senior leadership to improve program and policy decisions and address stakeholder questions and concerns. She also served as the primary point of contact for the Council of Governors, coordinated Council activities within DHS and with the Department of Defense, the National Security Staff, and White House. In this role, she directed and coordinated DHS interaction with SLTT and with their national associations.

Prior to joining the Department, Tennyson began her career in public policy and communications at a non-profit think tank focused on science and technology and national security policy. She served as the Director of Communications & Government Affairs at the Potomac Institute for Policy Studies. In this role, she developed and implemented a comprehensive communications and government affairs strategy for the Institute. Tennyson managed outreach and communication with the media, government agencies, academia, the public, and other stakeholder communities. During her more than ten years at Potomac Institute, she served as an IPA to the DHS Science and Technology Directorate as the Manager of External Affairs. In this capacity, she led the development and execution of Directorate’s first comprehensive External Affairs program to promote and sustain partnerships and interactions with stakeholder communities (e.g., first responders, academia, private sector, trade associations, and SLTT governments) to include an outreach strategy, marketing materials, and collaboration within DHS. Prior positions at Potomac Institute included the Director of Legislative and Judicial Affairs, Research Associate, and Manager of Research Support.

Tennyson graduated from the Executive Leaders Program at the Naval Postgraduate School’s Center for Homeland Defense and Security, holds a bachelor’s degree from Washington College, and completed graduate work at Virginia Tech. She is based in IEM’s Arlington, VA office.