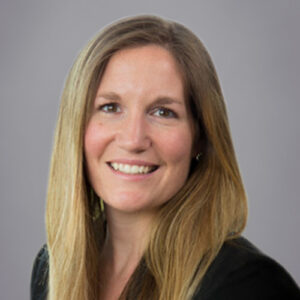 Sam Philips current serves as IEM’s Director of Large City Emergency Management. In this capacity, she will oversee IEM’s engagement with metropolitan areas recognizing the unique needs of the country’s most densely populated and complex communities.

Phillips has more than fifteen years of emergency management experience including roles in the public sector, private sector, and academia. Phillips was appointed the Director of the Massachusetts Emergency Management Agency in February 2019 and served in this role until October 2021. Previously, Phillips served under two Mayors as the Director of Emergency Management for the City of Philadelphia, led a research and training center at SUNY Albany, served as an adjunct and lecturer at SUNY Albany and Temple University, and has worked as an emergency management consultant.

Phillips’s proudest achievements include major organizational restructurings to improve capacity, strategic planning, a focus on operational integrity, and an ability to implement emergency management initiatives. While serving in Philadelphia, Phillips was integral in the City’s response to several citywide emergencies, several of which received Presidential Disaster Declarations, including Superstorm Sandy (2012), Hurricane Irene (2011), and Tropical Storm Lee (2011), major snow storms, record flooding events, and the fatal Amtrak 188 derailment (2015). Phillips was also responsible for public safety coordination for major special events and served in a leadership capacity for the visit of Pope Francis in September 2015 and the Democratic National Convention in 2016, both National Special Security Events. In 2020 – 2021, as the MEMA Director, Phillips was singularly focused on the response and recovery to the COVID-19 pandemic.

Phillips has extensive leadership experience, is a frequent presenter before state and local audiences, and has been selected to serve on various emergency management forums including FEMA’s National Advisory Council. Phillips has a bachelor’s degree from American University and master’s degrees from the George Washington University and the Center for Homeland Defense and Security at the Naval Postgraduate School.