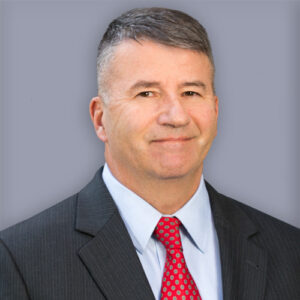 As the NORTHCOM Director of Operations, Rowe coordinated Department of Defense (DOD) response preparations for all major national disasters from 2004 to 2006, including Hurricanes Katrina, Rita, and Wilma. He traveled with DHS Secretary Chertoff to conduct on-site reviews of 2006 hurricane preparations, and led the effort to evolve the DOD Chemical, Biological, Radiological, Nuclear, and high-yield Explosives (CBRNE) Response Force and DOD disaster response concepts in the homeland.

From 2007 to 2009, as a senior Army Commander, Rowe commanded the Joint Force Headquarters–NCR. He led 5,000 personnel to execute regular ceremonial events and to provide support to the President, the Secretary of Defense, and the Chief of Staff of the Army. He managed DOD support to the U.S. Secret Service, FBI, and other federal agencies for National Special Security Events (NSSEs) in the NCR, including the 56th Presidential Inauguration, Pope Benedict XVI’s visit to Washington, the G-20 Conference, and the opening of the Nationals ballpark. Ensuring preparedness for the National Capital Region involved extensive interagency coordination with the District of Columbia, Maryland, and Virginia emergency management officials, the National Guard, law enforcement, first responders, and other local and federal agencies.

For Operation Iraqi Freedom, he was the Director of the Iraq Training and Advisory Team, mentoring the Minister of Interior, synchronizing the equipping, training, and professionalization of the 550,000-person Iraqi police force, and developing emergency/contingency planning for evolving threat scenarios. He identified major security and safety constraints and developed recruiting, staffing, and training solution sets for each. These improvements supported Iraqi Police readiness to assume primary responsibility for safety in their communities.

Rowe holds a Master’s of Science degree in Business Administration, a Master’s in Military Arts and Sciences, and a Bachelor’s degree in Economics.