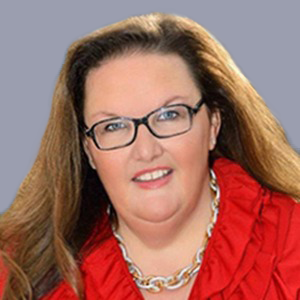 Kristin Cormier Robinson, IEM’s Director of FEMA Strategic Programs, is working to strengthen IEM’s business relationships and the tools IEM provides to help clients prepare for, respond to, recover from, and mitigate all types of hazards and disasters. She aims to bring solutions to the complex challenges that communities face, both before and after disasters. Robinson’s bottom line is simple: she wants to help people better navigate the recovery process and is dedicated to serving survivors.

Robinson is an experienced emergency manager, with expertise leading teams through complex problem-solving and operational efforts and an in-depth understanding of FEMA programs. She is a legislative and policy expert who has worked extensively to solve federal, state, and local government issues related to emergency management and homeland security.

Prior to joining IEM, Robinson served as an appointee in a variety of senior-level positions at FEMA, including acting as Senior Advisor to the Associate Administrator, advising on emergency management, mitigation, and insurance issues. She also provided assistance and support on issues such as geospatial systems integration, which contributed to organizational improvements and increased information sharing among FEMA regions and offices.

Robinson is an expert in matters regarding mitigation and the National Flood Insurance Program (NFIP), and acted as the Director and Chief of Staff of the NFIP Transformation Task Force. Under Robinson’s leadership, the task force succeeded in refining the NFIP to be more customer-centric and to better support disaster survivors. While at FEMA, Robinson also served as a liaison with the Department of Homeland Security and the White House to coordinate Presidential disaster declarations. Robinson also coordinated Federal Insurance and Mitigation’s response to major disasters such as Hurricane Sandy and Isaac, including creating opportunities to advance NFIP payments to survivors and flexibility in mitigation programs including the Hazard Mitigation Grant Program (HMGP).

Robinson’s work has included a strong focus on the drafting and implementing of disaster response and recovery legislation and policy changes that require Congressional and committee staff member consideration, including helping to transform emergency management legislation and policy after the 9/11 terrorist attacks and Hurricane Katrina. Robinson was actively involved in an array of legislative development and implementation accomplishments, including the Disaster Mitigation Act of 2000, Homeland Security Act, Intelligence Reform and Terrorism Prevention Act, Post-Katrina Emergency Management Reform Act, 9/11 Commission Act, Biggert-Waters Flood Insurance Reform Act of 2012, and Homeowner Flood Insurance Affordability Act of 2014. Robinson has also been involved with the annual appropriations process for emergency management and homeland security, with experience coordinating with appropriations and authorization committees.

Robinson previously served as Government Relations Director at the National Emergency Management Association, acting as the Washington D.C. expert on all-hazards emergency management and homeland security issues, and has experience representing state and local officials before Congress and the Administration. Additionally, Robinson worked for the Council of State Governments and the National League of Cities and understands that ultimately “all disasters are local” and require local solutions.