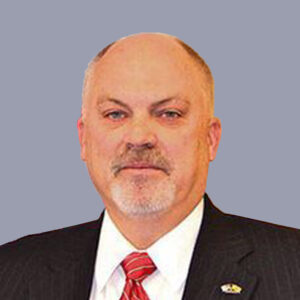 Jay Mitchell serves as Senior Advisor to IEM.  Mitchell has more than 30 years of professional military and civilian State and National security experience, including 25 years as a specialist and recognized leader within the U.S. and international Intelligence Community. During his career, he has supervised and managed units of organizations ranging from 8 person specialized teams, a state agency executing over $100M a year and command of a 650+ manned unit operating on foreign soil.

In 2014, Mitchell was appointed by the Governor of New Mexico and unanimously confirmed by the Senate as the Cabinet Secretary, New Mexico Department of Homeland Security and Emergency Management. In that role, he also served as the Governor’s Homeland Security Advisor responsible for leading the central primary coordinating agency for the state in response to emergencies, disasters and actor or threats of terrorism. Secretary Mitchell consolidated and coordinated homeland security and emergency management functions to provide comprehensive and coordinated preparedness, mitigation, prevention, protection, response and recovery for emergencies and disasters, regardless of cause, and acts or threats of terrorism.  As the head of a criminal justice law enforcement agency, he coordinated law enforcement counterterrorism prevention, preparedness and response training on a statewide basis resulting in a cohesive team response by both law enforcement and emergency first responders to acts of terrorism or a terrorist threat.  His extensive intelligence background uniquely qualified him as his agency’s director over the state’s intelligence fusion center providing the governor, general public and private businesses with timely information and advice relating to emergencies, disasters and acts of terrorism that is essential to ensuring the safety and security to the lives and property in New Mexico.

As New Mexico’s State Administrative Agent, he applied for, accepted, developed the criteria and administered federal funds to state, local and tribal entities across New Mexico. He has been cited by the Department of Homeland Security, FEMA, FEMA Region 6 and the Governor’s office for significant advancement and improvement of his department during his tenure as the longest serving Cabinet Secretary in the Department’s history.  Mitchell also served as the Regional Vice President of the National Emergency Management Association representing Region 6 (Arkansas, Louisiana, New Mexico, Oklahoma and Texas), served on the Region 6 Regional Advisory Committee and on the Executive Committee of the National Governor’s Association, Governor’s Homeland Security Advisors Committee.  He is a former Emergency Management Accreditation Program Commissioner and served on the Department of Homeland Security Office of Intelligence and Analysis, State and Local Intelligence Council.