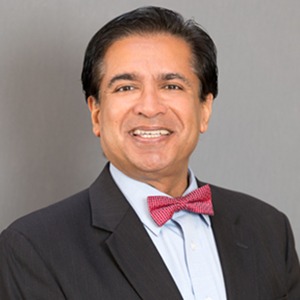 Dr. Rashid Chotani has spent more than 20 years providing biodefense, infectious disease epidemiology, public health, and emergency management expertise to public agencies, private industry, academia, and non-profits. Dr. Chotani is the recipient of the 2016 “NATO Scientific Award for Counterterrorism,” and in 2020 was recognized by Pakistan’s “2020 Honor List” for his efforts on COVID-19 globally. He is an internationally recognized expert in the medical countermeasure (MCM) development, biosecurity, healthcare management, health surveillance, and diagnosis of human and zoonotic diseases. He has applied this expertise to groundbreaking research and development, and advanced development of programs for naturally occurring, man-made and/or genetically modified biological and chemical agents.

In his various positions, Dr. Chotani has provided key scientific leadership in medical defense to Defense Threat Reduction Agency (DTRA) and Joint Program Executive Office for Chemical, Biological, Radiological and Nuclear Defense (JPEO CBD). He managed the DTRA Joint Science & Technology Office (JSTO) multi-million-dollar portfolio of applied research and development projects focused on developing FDA-compliant medical counter measure (MCM) vaccines and therapeutics. He also established and managed the Medical Surveillance Systems and Medical Effects Modeling Thrust Areas program as a senior scientist, which is currently the second largest division at JSTO. As a contractor at JPEO CBD, he served as the Chief Scientist for the Joint Project Manager Chemical and Biological Medical Systems, managing a $500 million, multi-year program for MCM advanced development and establishing the bio-surveillance program with a focus on bio-threat agents. Earlier in his career, working for the Maryland Department of Health and Mental Hygiene, Dr. Chotani developed the HL-7 Specifications for the Electronic Laboratory-Based Reporting of Public Health Information. This is now a standard used by the Centers for Disease Control and Prevention to guide the sharing of laboratory findings to the appropriate.

Dr. Chotani’s success in the academic field includes establishing and directing the Global Infectious Disease Surveillance and Alert System (GIDSAS) at Johns Hopkins University, where he served as an Assistant Professor at the School of Medicine and Public Health. At the Johns Hopkins Applied Physics Laboratories he was part of the team that designed the first Early Detection of Bioterrorism System that became operational as ESSENCE at DoD. Components of ESSENCE are being used in BioSense at the Centers for Disease Control and Prevention. Dr. Chotani has authored and co-authored over 50 scientific peer-reviewed papers on topics ranging from planning for pandemics to identifying innovative surveillance methods for rapid detection of disease outbreaks and bioterrorism.

Dr. Chotani earned his MD from the Eugenio Maria de Hostos School of Medicine and holds a Master’s of Public Health in Epidemiology and Biostatistics & International Health from Johns Hopkins and is a fellow of the Royal College of Public Health. He is a prolific public speaker, having authored and co-authored over 50 peer-reviewed papers during his academic career and spoken about public health and biosecurity interests at more than 70 national and international conferences across the globe. He has given presentations to a variety of government audiences, including officials from the North Atlantic Treaty Organization, Pakistan, Uzbekistan, Tajikistan, Russia, Indonesia, Poland, Singapore, Turkey, Malaysia, the United Kingdom, and the Netherlands.