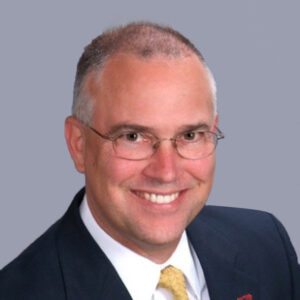 David Maxwell supports IEM as a Senior Homeland Security and Emergency Management Advisor, drawing from his 38 years of experience and demonstrated leadership in the fields of emergency management and homeland security. Over the course of his career, Maxwell served in various roles at the Arkansas Department of Emergency Management (ADEM). In 2006, he was appointed as the agency’s Director and Homeland Security Advisor and prior to that served as the Deputy Director. He was designated as State Coordinating Officer (SCO) for 24 federally declared disasters and one federally declared emergency and served under three different Governors during his tenure. Maxwell’s long career working in all facets of emergency management has made him a leading subject matter in the field of response and recovery.

As ADEM Director, Maxwell chaired the Arkansas Homeland Security Executive Committee and served on the Governor’s Earthquake Advisory Council, State Emergency Response Commission (SERC), Arkansas Wireless Information Network (AWIN) Executive Committee, and Arkansas Tech Emergency Administration and Management Citizens Advisory Council. Maxwell was also named by former Governor Mike Beebe as the First Net Single Point of Contact (SPOC) for the State of Arkansas. Maxwell was responsible for State Emergency Operations Center operations and supported state continuity of operations planning. He also was active in the National Emergency Management Association (NEMA), serving as its president in 2010; chairing such committees as the NEMA Emergency Management Assistance Compact (EMAC) Committee, the Preparedness Committee, and the Response and Recovery Committee; and helping form and chair a working group between NEMA and the Association of State and Territorial Health Officials (ASTHO). Maxwell also served on the Board of Directors of the Central United States Earthquake Consortium (CUSEC), was a member of the Executive Committee of the National Governors Association (NGA) Governors Homeland Security Advisors Council, and chaired the council’s Catastrophic Disaster and Preparedness Committee. In 2015, David was honored by NEMA with a Lacy E. Suiter Distinguished Service Award.

In September 2016, Maxwell entered a working relationship with the Electric Infrastructure Security Council. The council is focused on long term/wide scale outages of the electrical grid. The council is international in scope with active members from several countries. Maxwell coordinates the Non-Governmental Organizations for the EIS Council.