Director of State and Local Response and Recovery 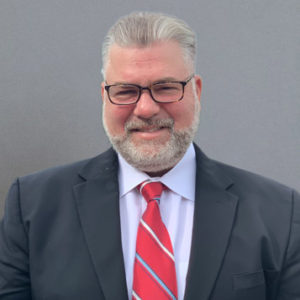 Christian Montz serves as IEM’s Director of State and Local Response and Recovery and was previously IEM’s Director of Disaster Resiliency and Recovery. He has developed strategies for IEM disaster recovery projects that result in an increased pace of federal funding reimbursement, specifically reimbursement from the Federal Emergency Management Agency (FEMA) for programs like Public Assistance (PA).

His private sector experience also includes time as a Senior Advisory Manager at Deloitte, where he assisted customers in managing multimillion dollar recovery efforts, including those funded by FEMA’s PA and IA programs and HUD’s CDBG-DR program, one of these efforts being the recovery of the City of Joplin, Missouri, after being struck by an EF-5 tornado.

Prior, Montz served as the Grants Director for FEMA Region VI, where he had oversight responsibility of preparedness, mitigation, and recovery grant programs. While at FEMA, Montz was instrumental in reshaping disaster and non-disaster grant program monitoring, as well as encouraging more outcome-based grant progress reporting and administrative offsetting for sustained and questioned costs.

Montz began his government career as a HUD Fellow working on CDBG municipal projects in housing and economic development. He was later appointed a Presidential Management Fellow by the U.S. Office of Personnel Management and served at the U.S. Department of the Treasury. He continued with his federal career as a Management Analyst at both the Centers for Disease Control and Prevention (CDC) and the Department of Justice (DOJ), Office of Justice Programs (OJP), where he provided federal financial assistance oversight and managed grant programs.

Montz is a veteran of the U.S. Army and served in the White House Communications Agency, where he provided direct technical communications support to the President, White House staff, and the White House Military Office. He holds a Bachelor of Arts in History from Thomas Edison State University and a Master of Public Administration from the University of Tennessee at Chattanooga. Montz is also a Certified Fraud Examiner.