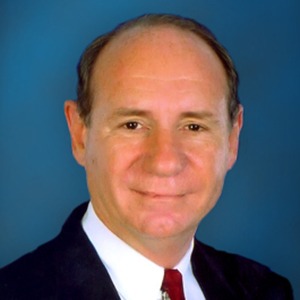 For over four decades, Bruce Baughman has served in key senior-level federal and state emergency management positions during some of the largest natural and man-made disasters to ever hit the U.S. and its territories, including 16 major hurricanes, the Oklahoma City bombing, and the 9/11 terrorist attacks. He has testified before both houses of Congress on emergency management related issues more than 30 times.

Mr. Baughman currently serves as IEM’s senior consultant and subject matter expert for domestic and international companies, organizations, departments, and agencies. His projects range from supporting FEMA’s doctrine, training, and exercise efforts to supporting Department of the Interior Native American emergency management efforts. He also serves as an expert witness on the National Academy of Sciences’ climate change study for Congress and on hospital emergency management standards. Mr. Baughman provides support to the National Incident Management System and Incident Command System training, exercise, and technical assistance initiative of the U. S. Agency for International Development and the U.S. Forest Service in Southeast Asia and Haiti.

Prior to IEM, Mr. Baughman was appointed by Governor Bob Riley of Alabama to serve as the Director of the Alabama Emergency Management Agency (EMA) and Assistant Director for the Alabama Department of Homeland Security. As Director of the agency, Mr. Baughman led the state’s response to three major hurricanes—Ivan in 2004, and Dennis and Katrina in 2005–and a deadly series of tornadoes in March 2007. In response to these major hurricanes, Mr. Baughman sat on the Governor of Alabama Long Term Recovery Council. The Council coordinated the use of various federal and state programs relative to long-term recovery, including the use of U.S. Department of Housing and Urban Development (HUD) and other agency programs. Mr. Baughman also served as Chari of the Governor’s State Hazard Mitigation Committee. In 2004, he coordinated the revision of the Alabama State Hazard Mitigation Plan. During his tenure as State Director, the Alabama EMA became accredited under the Emergency Management Accreditation Program and was ranked as one of the top emergency management programs in the country. From 2003 to 2007, he served on the Governor’s Faith Based Community Council.

From 1993 to 2001, Mr. Baughman served as Director of Operations for FEMA. In this position, he directed response operations for more than 150 Presidential disaster and emergency declarations, including hurricanes, earthquakes, bombings, explosions, floods, tornadoes, and fires. In this position, he was responsible for coordinating FEMA’s Community Relations Program. Mr. Baughman also supported the National Transportation Safety Board, the U.S. Immigration and Naturalization Service, and the U.S. Department of State (AID/Office of Foreign Disaster Assistance) in some of their emergency missions. He was responsible for developing the Federal Response Plan that was used as the basis for the Department of Homeland Security (DHS) National Response Framework. He also developed FEMA’s National Emergency Response Teams, which were the forerunners for the current FEMA Incident Management Assistance Teams (IMATs), and he contributed to the creation of the National Urban Search and Rescue System. In addition, Mr. Baughman participated in planning over 25 National Security Special Events (NSSEs), such as the 1996 Summer Olympics, the 2002 Winter Olympics, World Trade Organization meetings, three Presidential Inaugurations, the G-8 Summits, and both Democratic and Republican National Conventions. During his tenure, Mr. Baughman testified before both houses of Congress on emergency management related issues more than 30 times. He retired from DHS in 2003.

Other notable accomplishments in association with FEMA include:

Prior to his career with FEMA, Mr. Baughman served as the Operations Officer for the Mississippi Emergency Management Agency (MEMA) for 4 years. At MEMA, he served as Hazard Mitigation Officer and developed the first State Hazard Mitigation Plan following Hurricane Frederic. In the same year, Mr. Baughman served as State Coordinating Officer and State Public Assistance Officer for the State.

Mr. Baughman was a Captain in the U.S. Marine Corps for 4 years. He is also the former President of the National Emergency Management Association (NEMA) and recipient of numerous national awards, including:

Mr. Baughman holds a bachelor’s degree from Belhaven University and a master’s degree from Jackson State University. He is also a graduate of Harvard University’s Kennedy School of Government’s Program for Senior Executives.