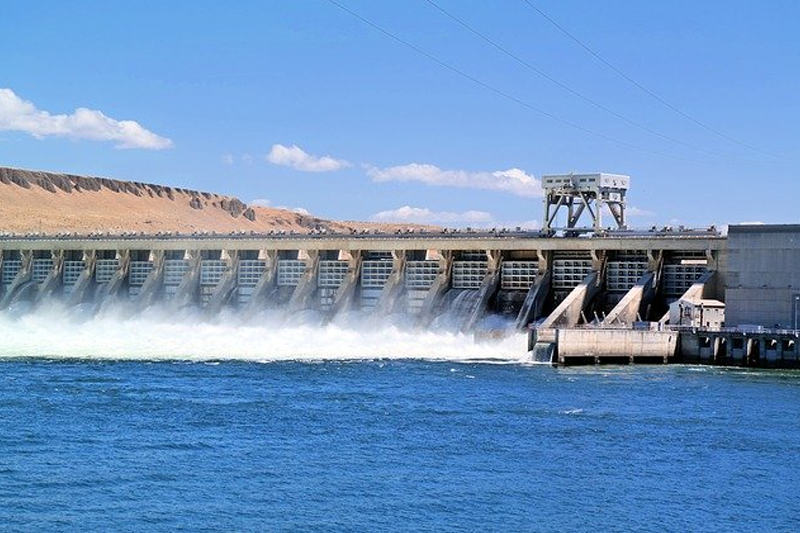 Last year was the second-wettest year on record in the United States, and as climate change progresses, experts predict that extreme flooding will only get worse.  We as a nation and our infrastructure – particularly the over 90,000 dams — are not prepared.

In February 2020 extreme flooding prompted emergency declarations in eight states and thousands of residents were evacuated from their homes. In Mississippi, the Pearl River crested at 36.8 feet- the highest the river has been since 1983. Tennessee saw rain fall that was 400 times their average rainfall as well.  In the North West, heavy rains caused severe flooding, road closures and property damage in Washington State and Oregon.

Just recently in Michigan, we saw the failure of two dams that resulted in over 10,000 people having to evacuate the city of Midland. The floodwaters also spread to a Dow Chemical plant and a near-by hazardous waste clean-up site that could have led to a severe environmental hazard. Days later in Roanoke, Virginia fears of the Spring Valley Dam failing forced the evacuation of 13 homes.

Dams are a critical part of our nation’s infrastructure – they generate renewable energy, control flooding, and store water – along with various other services. There are over 15,000 high-hazard potential dams in the United States, meaning failure of these dams would likely result in loss of life. The National Inventory of Dams (NID) has three hazard classifications for dams indicating the potential threat failure would pose to the public. The number of high-hazard potential dams increased in recent years as more communities have developed around dams. 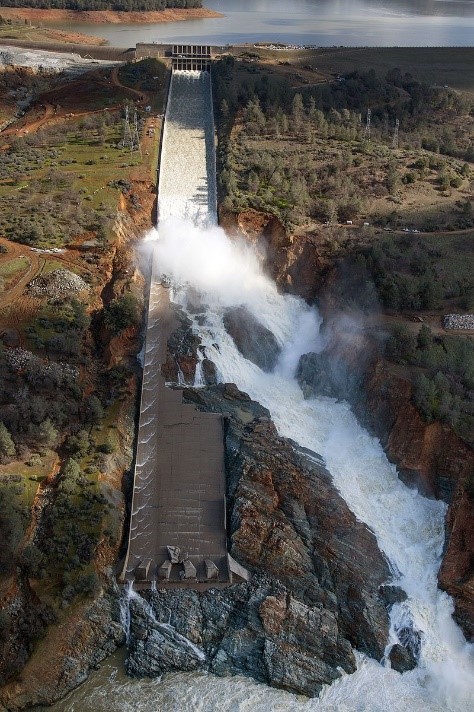 Dam failures involve an uncontrolled release of water from a reservoir and could be catastrophic to the communities they surround. The California Oroville Dam – the nations tallest dam – failed in 2017 leading to the emergency evacuation of nearly 190,000 people  and costing the state $1.1 billion in repairs. Heavy winter rain and snow caused a massive amount of water flow into the dam’s main spillway that quickly caused erosion and dug a 30-foot-deep hole at its base. Officials opened the dam’s emergency spillway, which had never been tested, and fear of that failing caused an emergency evacuation. The spillway was designed to withstand 300,000 cubic feet of water per second but began to erode at 55,000 cubic feet per second. Extensive investigations into the failure revealed dam had not been kept up to date with current safety standards and a lack of mitigation efforts left the dam unprepared for extreme weather.

In March 2019, the failure of the Spencer Dam in Nebraska was the first dam failure caused by giant ice chunks. The Spencer Dam was evaluated the previous year and was rated in “fair condition,” but extreme rain and flooding carrying pieces of ice as big as cars destroyed the dam. The collapse unleashed an 11 foot tall wave of water, thick ice and sand on three communities down river. The failure resulted in one death and millions of dollars in damages.

While dam failures have a low probability, they often have high consequences. Overtopping or water spilling over the top of the dam causes approximately 34% of all U.S dam failures, foundation defects account for 30%, and piping issues causing seepage thought out the dam account to approximately 20% of failures. The other 16% of failures are attributed to inadequate maintenance/upkeep and cracking caused by movements such as the natural settling of the dam.

As more communities are built around dams the number of high-hazard potential dams is increasing as failure would put a greater number of people at risk. It is important that these dams continue to be properly maintained and kept up-to-date with current dam safety standards. As of 2020, 70 percent of the nation’s dams are at least 50 years old, and as the standards for dam safety have become more stringent older dams, just like other key infrastructure, are in need of significant upgrades.

In 2019, an investigation by The Associative Press identified more than 1,600 high-hazard potential dams in poor or unsatisfactory condition, leaving communities in 44 states and Puerto Rico at risk. However, as observed in the Spencer Dam failure, even dams in satisfactory condition are still vulnerable to failure caused by extreme weather conditions.

It is important that residents are aware of the dangers posed to their communities by dams. The inundation zone is the area around and downstream of a dam that would be impacted by a dam failure. These zones are broader than the FEMA 100-year flood insurance mapped zone. It is recommended that you know and understand your risk if you live in a community around or downstream from a dam.

There is no better time to learn or understand your risk than on May 31 – National Dam Safety Awareness Day.  You can easily find out your risk through the National Dam Inventory, which provides an interactive map of all the registered dams in the United States.  You can also contact your local emergency management agency to find out if your community is located in a dam failure inundation zone.