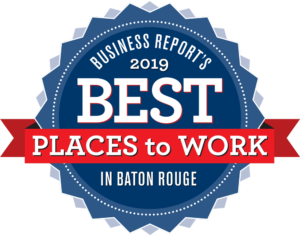 The program was created in 2014 to identify, recognize, and honor the best places of employment in Baton Rouge, benefiting its economy, its workforce, and businesses. IEM began participating in 2015 and finished 5th, 9th, and 7th in the first three years, all in the small- to medium-sized employer category. In 2018, IEM moved to the large employer category and placed 11th.